Stalling Online Spam Links in an SEO Venture with the Penguin 2.0 Update

Website optimization can do wonders to an online business framework. With the vast competitiveness all around it becomes imperative of the websites to get better traffic along with some steady and genuine customers who could be rewarding in the longer run. Getting visitors and turning them into customers is not a child’s play and requires some effective SEO techniques along with the basics of the search engine marketing. Combining these can lead to higher traffics and also other sizeable perks including random customers and worthy back links. Search engine optimization offers several benefits as this strategy id execute properly can make the website rank better and higher across multiple search engines.

The process includes the change in the structure of the website based on the competitive keywords which are searched down by the SEO consultants. Another method includes the off page optimization of collecting back links from the well known websites which in turn can do wonders to the potency of the concerned website. With these methods and options at the disposal of the client, a check on the latest updates is necessary in order to stay afloat in the ranking arena as Google duly introduces some stringent guidelines related to the SEO approach.

A Note on the Recent Update

The inclusion of the latest update made by Google has thrown many webmasters of guard. May 22nd came as a penalizing day for Google as it threw many websites several pages back for adopting some restrictive black hat SEO techniques.

Penguin 2.0 came as an updated version of the old penguin 1.0 which was introduced keeping similar intricacies in mind. The update made clear that Google would not accept any techniques which are against the prescribed norms and if a website needs to get better rankings and traffic organic SEO methods are highly imperative.

Penguin 2.0 strictly demarcates the websites into those with poor back links and the ones with high quality ones. In a nutshell one can define this as putting a check on the spam links which once made for the highest number of traffic and back links to the website. This update is presumed to have a huge impact on the spam links as newer algorithms have been introduced with the same. Earlier version of this update mainly scrutinized the home page while the recent 2.0 goes deeper into the unexplored areas. Language has often been an inhibiting factor while looking at the updates and hence the launch has been made across several languages around the globe making understanding and application easier than usual.

Analyzing the results can be quite tricky as this update throws the ill equipped sites off guard quite readily. The metric and analytics have to be defined in a whole new way with this fourth generation release of the older penguin version. With an advanced algorithmic transformation this update also provides better options to the judiciously framed sites by enhancing the traffic growth and the metrics based on the overall search results. The user also gets the liberty of participating actively in the spam removal revolution by reporting the sites encountered to the Google and the rest will be taken care of. The gaming and porn sites have been hit the worst as they had many obsolete and ill mannered links associated with them.

The most well seen application of the penguin 2.0 update has been the effects on the sites with lecherous and spam based links. Several modifications have been laid by Google to ensure better viability and organic SEO techniques eradicating the non trustworthy links permanently. Some of the methods and guidelines laid down by Google include:

·         Content remains the king as the sites need to demarcate the actual use of them by penning down high quality write-ups and letting the users get a feel of the services in hand. The content needs to be informative and educational at the same time which looks pleasing to the eyes as well.

·         The recent update focuses more on the sharing and reposting of the content which is an indication of the better quality of the written piece. This sharing can be over the social media and other platforms which can enable content marketing according to the guidelines prescribed by Google.

·         The backlinking strategy needs to be evolved according to the latest norms coined by the most exhaustive search engine. The linking procedure needs to be more clear and transparent with ethical techniques being adopted by the webmasters. Paying larger sums to get higher number of backlinks have been done away with as Google readily looks up at toiled methods to get links at a slower but ethical pace.

·         Anchor tags have beengiven higher precedence than usual with the recent SEO update. Anchor tags promote variety in the use of keywords which need to be included and used effectively into the write-ups. This offers the most organic approach resulting in proper and effective sharing of information. The older version of penguin disallowed keyword stuffing which later led to the proper use of keywords without adding them into the articles wantonly. The meaningful presence of these is important added with equally informative terms.

·         Organic content requires proper attention and better skill. All these have been included and asked for by Google which makes the link availability time bound and restrictive. Slow backlink procurement makes the websites less prone to the penalizing axe. The slower the process the better it is for the webmasters.

·         PRs give a proper indication of the overall ranking of the website which in turn can be made a reality using effective linking options from likewise websites. Earlier this was not a prerequisite as backlinks could have been collected from any possible webmaster. But now with the evolved algorithms the scenario has shifted towards the use of similar websites to provide links and publicize the same. 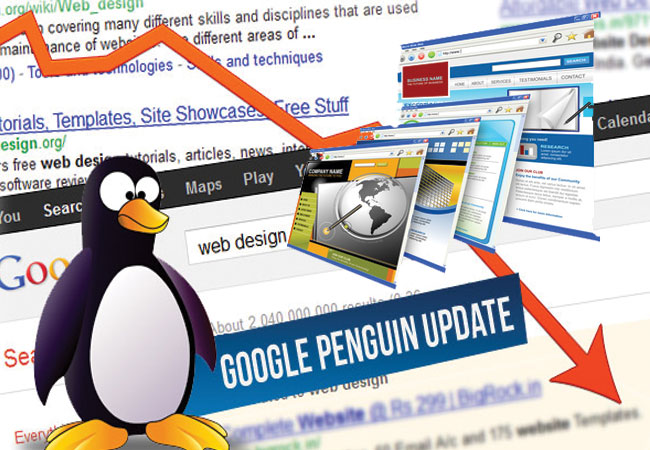 The spam links along with the ineffective options are easily filtered out with the newest update. This enhances the low lying websites by making them go up higher the ranking charts. SEO experts need to be vigilant of the modern changes and the update so as to incorporate better techniques into the reckoning. The effective options include the use of better and well written press releases which allows better and effective ranking boosts. Most of these can counter the spam floating around as they provide a correct picture of the services and features offered by the online store. The links which are incorporated shall be from the trusted websites which are well known in the global scenario. Correct placing of the backlinks is also as important as including the link itself because it needs to arise from websites providing similar services and options to the users.

This readily points at the ineffective online environment built around the spam links and other similar strategies. Google effectively penalize them by throwing them behind several pages using the PageRank tool constituting the link graph and similar techniques which can readily rate the provided links. Expert documentation has also been identified in order to build up a string profile with functional and worthy links.

We can thus conclude that spam links and ineffective backlinks need to be avoided to maintain the online supremacy and move up the Google rankings as the updated algorithm of penguin 2.0 effectively counters these malpractices.

James Patrick is a highly experienced author who has been writing informative topics on varied aspects of a successful SEO venture. Through his informative posts he has shown the way to hire an SEO Expert who knows how to implement an SEO tooleffectively keeping up with the latest Google updates.

The Role of Google Places and Local SEO Optimizati...
Keys to Utilizing Social Media in Your Marketing S...

29 October 2013User of Video Conversion
12 August 2013How to Go About SEO?
12 August 2013Internet without Search Engines
06 August 2013The Essentials to Select an SSL Certificate
18 July 2013Stalling Online Spam Links in an SEO Venture with the Penguin 2.0 Update