Crazy Marketing Ideas From The Early Days Of Internet Business

Humans will do anything to make a buck. Combine that with publicity hungry businesses able to supply that buck and you have a cocktail of lethal stupidity. Below are 4 incidents from the early days of dotcom marketing that make us question our collective sanity: 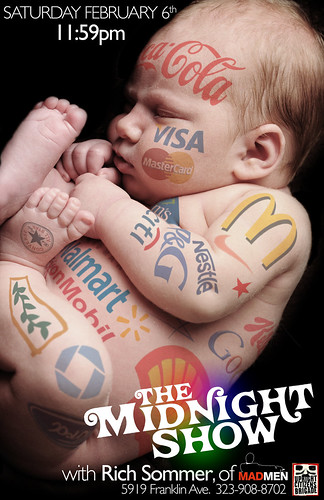 How much would it take for you to get a web address tattooed to your forehead? A million bucks? Two million? How about $7,000? That’s how much Illinois man Jim Nelson auctioned off the back of his head for in 2003, to company CI Hosting. Nor was he the only one; for a while in the mid-2000s, every down on his luck man or crack-honking hobo was selling his body for some of that sweet advertising dollar. Porn sites, online casinos and defunct servers still grace the bodies of hundreds of people, forever reminded of that quick cash injection they needed almost a decade ago.

This started with one man, and ended reaching ridiculous proportions. Having obviously come to the conclusion that David Foster Wallace was an unsung marketing genius, Billy Gibby took a leaf out of his book by allowing a company to purchase the rights to his name; changing it to Hostgator Dotcom. Because the world is stupid, several other people immediately followed suit, proving dignity does have a price, and it’s pretty low. But nothing compares to the city of Topeka. In 2010 Topeka changed its name to ‘Google’ for a month, because even cities can be attention whores. At this point God simply gave up and reset the entire universe, less idiocy reach critical density and collapse into a black hole of dumbness. At least, he would have if there were any justice in the cosmos. 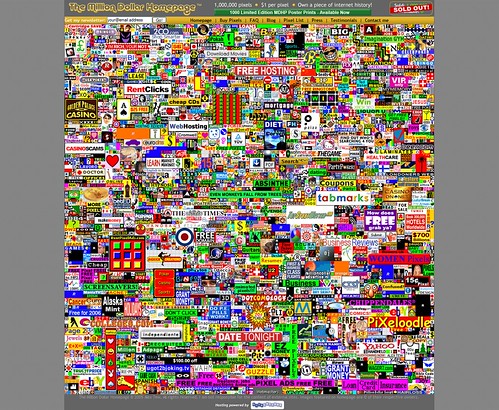 We’re going to come right out and say it: we’re pretty jealous of Alex Tew. In case you were unconscious for most of the last decade, Tew was the student who successfully pulled off the only get-rich-quick scheme any student has pulled off in the history of ever. Selling pixels on his ‘million dollar homepage’ for $1 each, Tew managed to get one over enough idiots to make himself a millionaire. Mostly an amalgamation of porn banners and gambling sites, his page does manage to throw up some surprises: such as a giant banner for respectable English newspaper The Times. However, our favourite has to be the one near the top reading ‘I’m rich you’re not’; which carries the message ‘I’m so FILTHY RICH it’s disgusting!!!’ if you hover over it. Presumably this last one was written by Tew, as he contemplated all the total morons he managed to con.

You know how it is; the world is full of people shouting, if you want to be heard you better be prepared to get racist. Wait, you don’t know how it is? Congratulations, you’re not an insensitive jerk or an employee of Saatchi & Saatchi. Way back in the halcyon days of 1999, Just for Feet needed an edgy campaign to show other dotcom pioneers they were ahead of the game. To that end, they hired Saatchi & Saatchi to produce an advert where a bunch of white guys in a Humvee hunt and kidnap a Kenyan man, knocking him unconscious and tying trainers to his feet so he wakes up screaming. They then took this apartheid-era fantasy and screened it during the Superbowl because who needs logic? As a result of this ill-conceived foray into being hip and edgy, Just for Feet were forced to file for bankruptcy a whole year before most late-nineties dotcom ventures.

About Author
This article was written by Alfie, who writes for printing and binding company PrintExpress.co.uk; specialists in booklets, brochures, and many other types of printing services.

Tags:
internet marketing
What You Should Know About Wordpress
WordPress Plugins to Develop Creative Environment ...

Guest Author has not set their biography yet

15 April 2014The Unstoppable Rise of Digital Streaming
12 March 2014Make Money Blogging and Get Away From Debt
04 March 2014Getting the Results You Want with an Orange County SEO Company
21 February 2014What to Avoid When Hiring an SEO Company for Your Business
12 February 2014Vine – Can You Promote Your Business in Just Six Seconds?

Search Engine Opoly; Can You Play the Game of SEO?

Technological Growth At Its Best - The Internet Revolution

Mistakes you Don’t Want to Make when Marketing Online

What SEO Experts Should Learn About PPC Marketing