It does not take a keen observer to notice the cut throat competition in the online business world. While it is true that a lot of financial opportunities are available online, there are also a number of skilled freelancers and online entrepreneurs waiting to grab those opportunities. So for one to succeed in cyberspace commerce, he or she must be armed with the proper tools and knowledge to navigate through the rivalry. 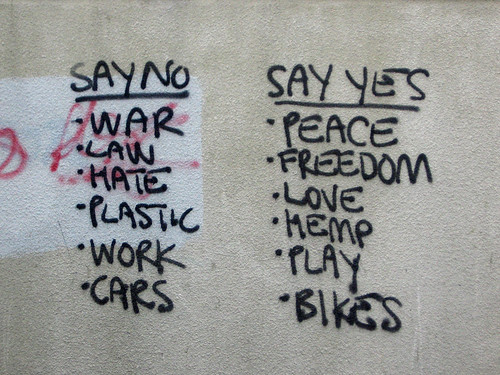 The website is one of the foremost tools an online entrepreneur can have. But nowadays, it is not enough to have a website. Careful assessment and development of the latter are also necessary to succeed. In this regard, testing would be of paramount importance.

Why the need for testing?

Each person has his or her own interests and preferences. So what may be a nice and acceptable website for one, may not necessarily be so for others. Hence, it is important to gauge the popular response to a website to solidly determine what layout and design appeals to the majority if not all of one’s target market. This is where the value of tests comes in.

Testing methods abound today; so much so that the choices can be overwhelming. But in terms of results and efficiency, two methods stand out—the A/B testing and multivariate testing. These methods have similar goals and core principle.

For both tests, particular elements of a website will be changed to test what kind of reactions they will draw from the website visitors. This will then test the efficiency of the elements.

Whereas in multivariate testing, multiple elements are tweaked to see the visitors’ response, in the case of A/B testing, the principal method is isolation. That means only one element is modified so that the cause of the change in behavior of the website visitors can easily be pinpointed.

The drawback here though is that the optimum and quick results can only be expected in small websites with limited elements. This is actually but logical. Since the elements will be isolated and changed one by one, that will take too much time.

Two versions of the same website will be showed at random but simultaneous times to the website visitors. Only one element is tweaked for each version.

The next step will be the analysis of the results based on the criterion which was set before the test was conducted. What aspect does the website owner put premium on? If it is the conversion of traffic, then the website version which resulted in the greatest number of leads should be chosen. But if the owner deems the actual sales to be more significant, then the version which generated the higher number of sales is the one to go for.

A/B Testing: tools to work with

But in order to do these tests, the website owner must be armed with the proper set of tools. The great news is, there is more than enough tools available to conduct both A/B testing and multivariate testing; some of them are even offered for free.

One of the most helpful but free software for the tests is the Google Web Optimizer. No amount of expertise is necessary to be able to use this tool because it is very simple. Even neophytes can use this by themselves.

Ruben Corbo is a freelancer writer which specializes in different topics including technology, online marketing with A/B Testing and Product Recommendation Engines, music, art, and motivation. When Ruben is not writing he is producing and composing music for short films and other forms of visual arts.

Tags:
internet marketing AB Testing
5 Things You Need to Know About HTML5
5 Benefits of Working with a Remote Network Monito...

Ruben Corbo has not set their biography yet

20 March 2013Optimizing Your Site With Multivariate Testing
29 January 2013How Product Recommendation Engines Can Benefit Your Website
04 December 2012Behavioral Targeting and What It Means for Online Marketing
03 August 2012A/B Testing: An Online Business Success Tool
25 June 2012Multivariate Testing: How It Works and What It’s For

Search Engine Opoly; Can You Play the Game of SEO?

Technological Growth At Its Best - The Internet Revolution

Mistakes you Don’t Want to Make when Marketing Online

What SEO Experts Should Learn About PPC Marketing